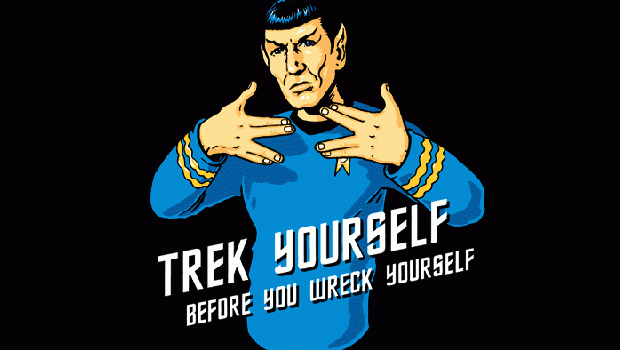 Star Trek Tees: the final fashion frontier? These are the designs inspired by the starship Enterprise. Its five-year mission: to explore strange new t-shirts, to seek out new life and even more new t-shirts, this post will go boldly go where no Star Trek t-shirt round-up has gone before! 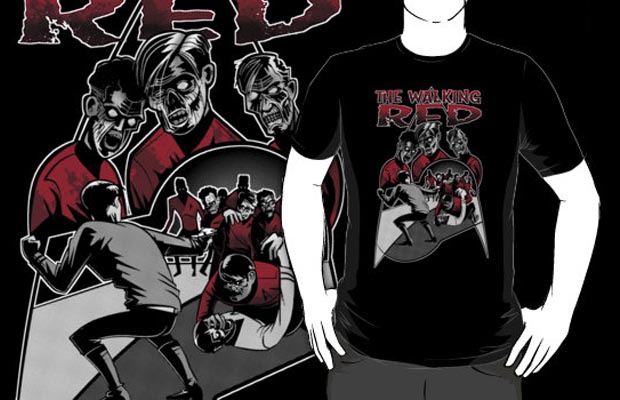 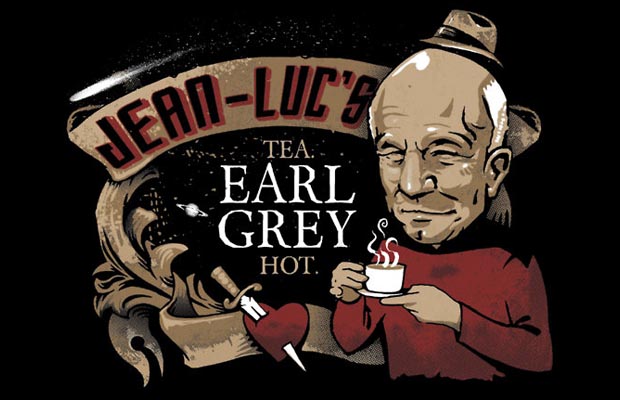 ENLIST as a Red Shirt T-Shirt 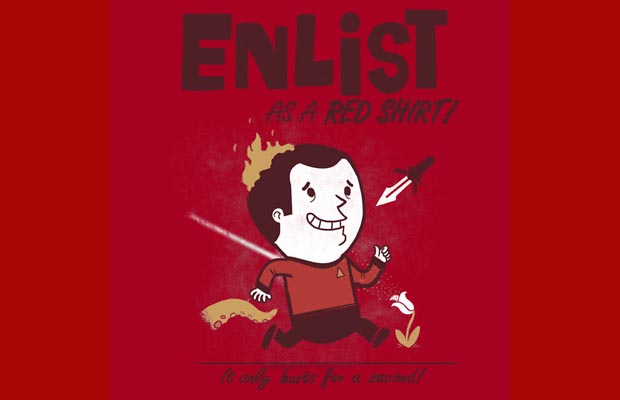 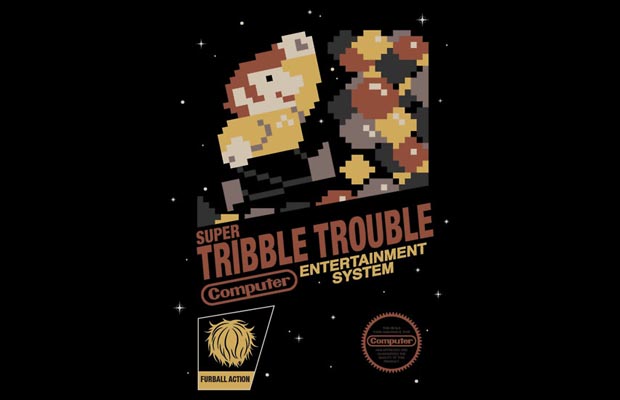 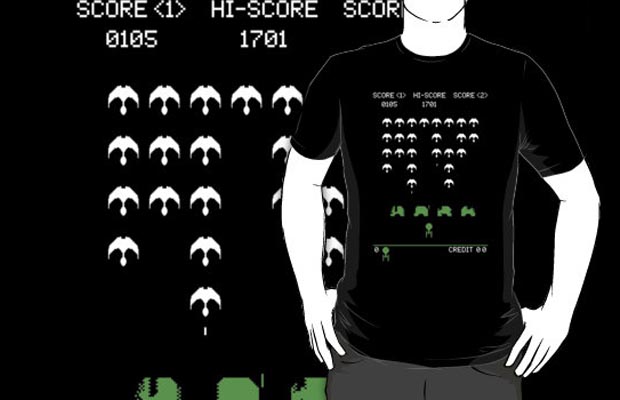 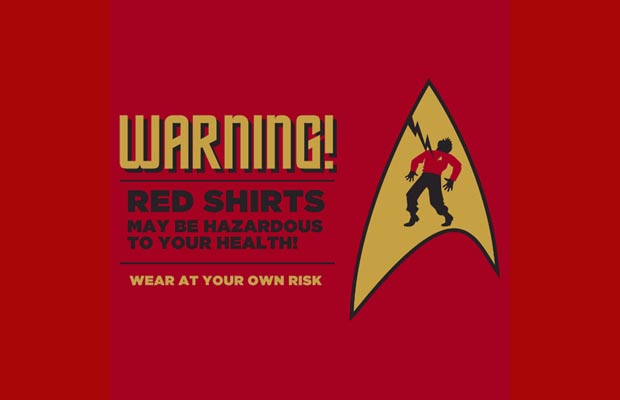 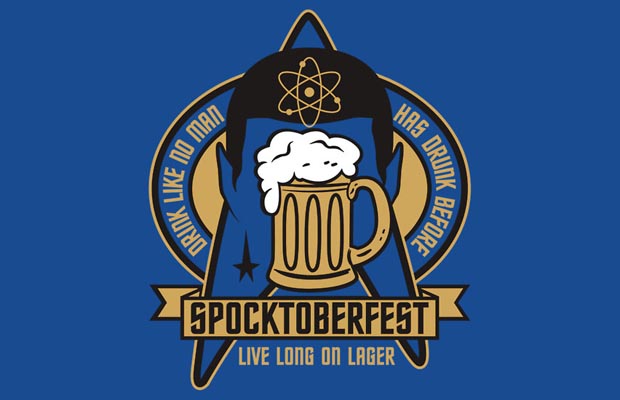 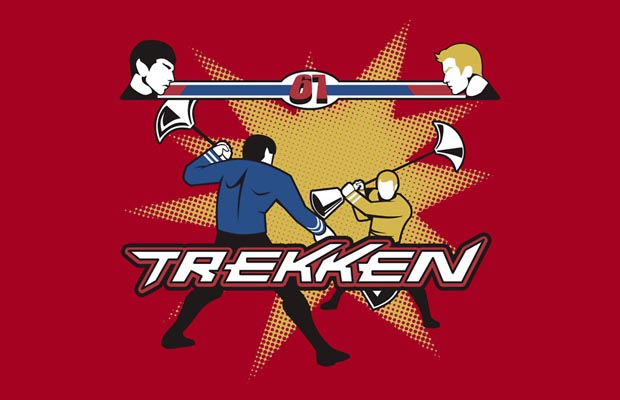 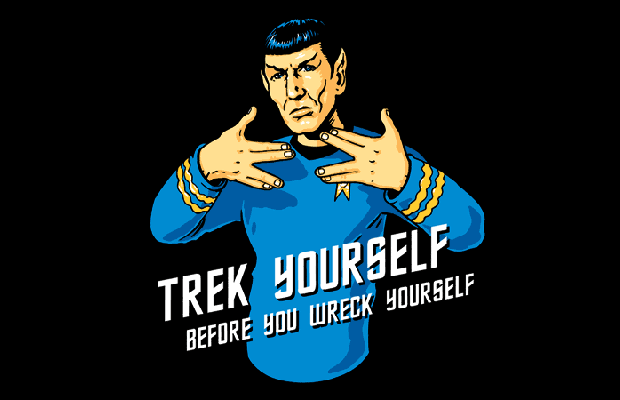 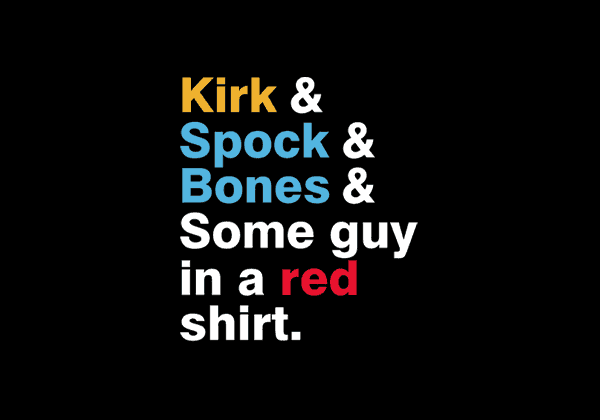 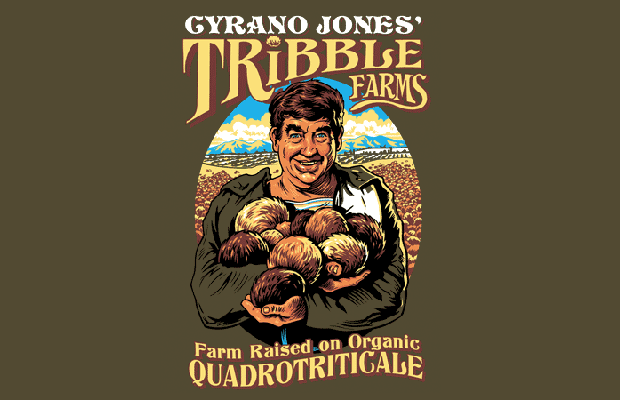 Keeping up with the Cardassians T-Shirt

Klingon Ribbed for her Pleasure T-Shirt 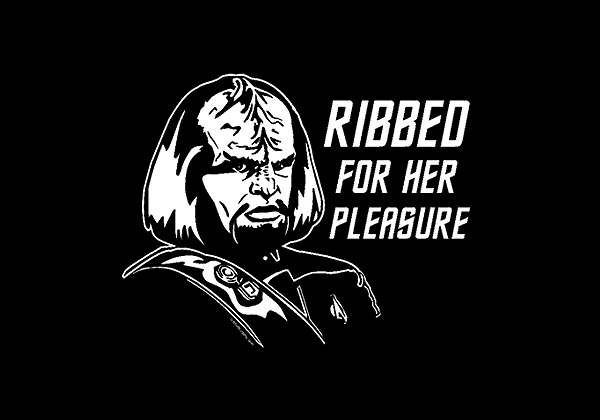 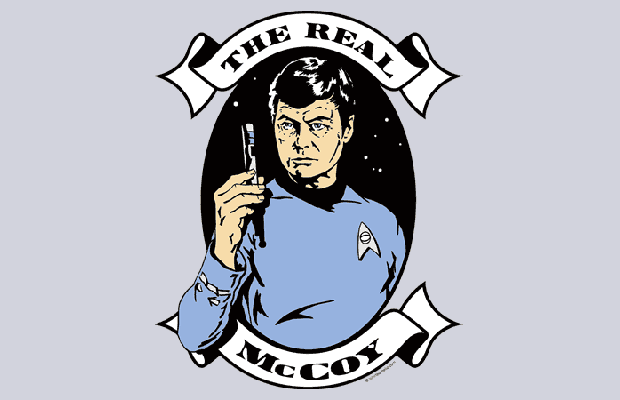 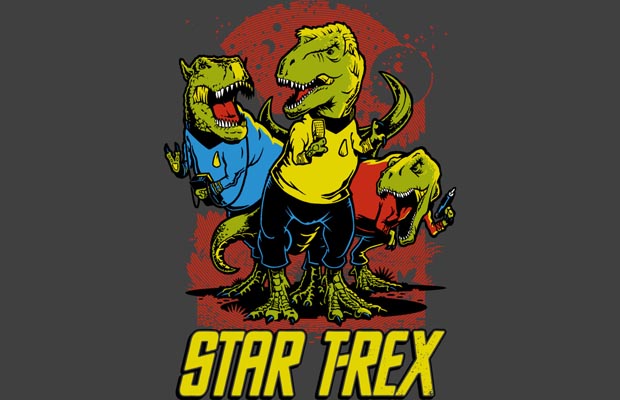 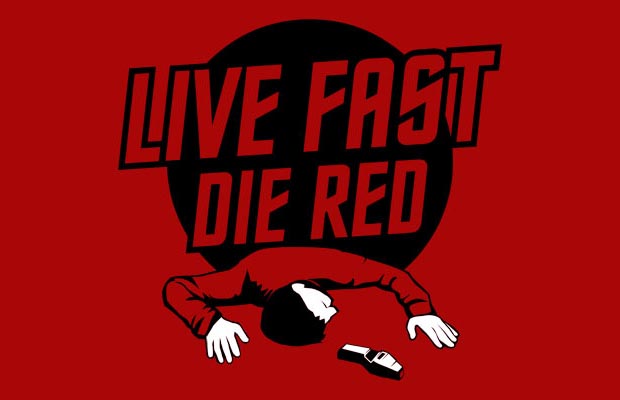 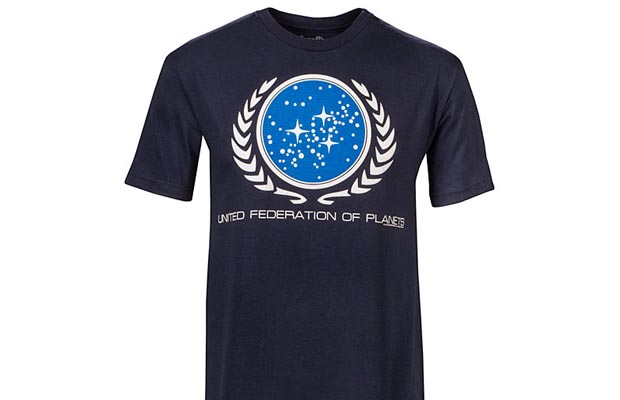 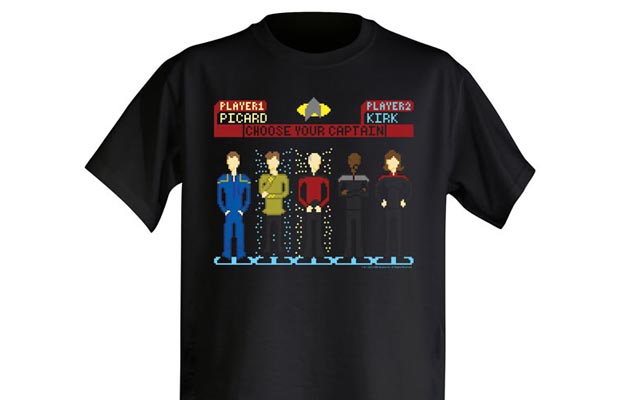 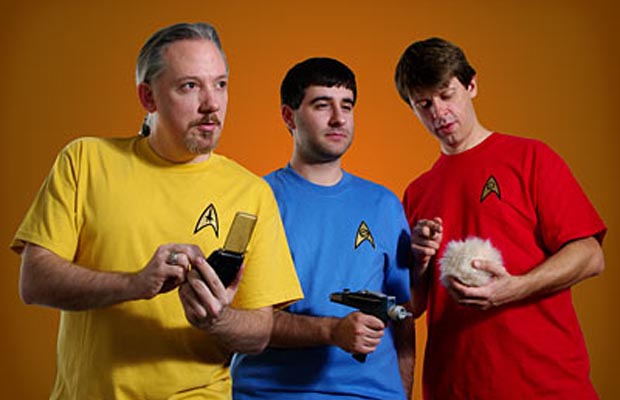 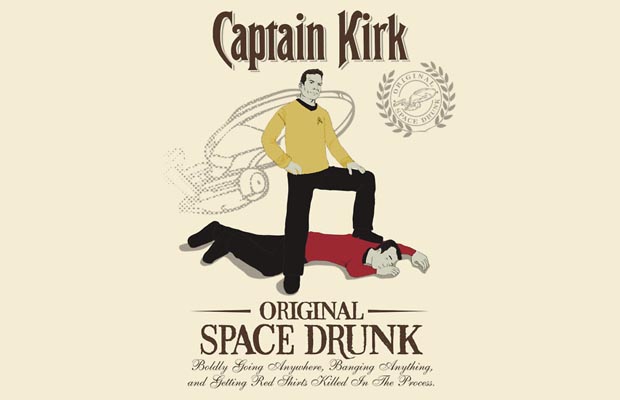 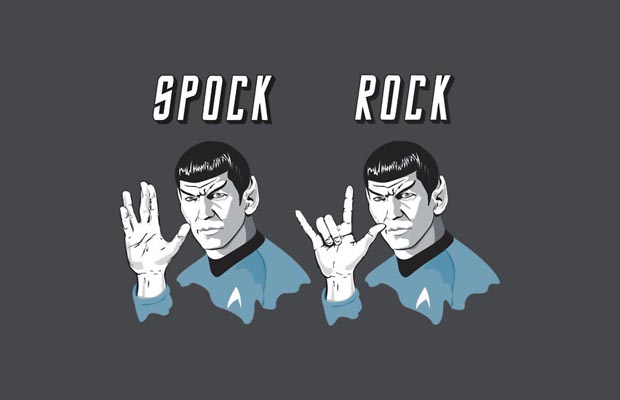 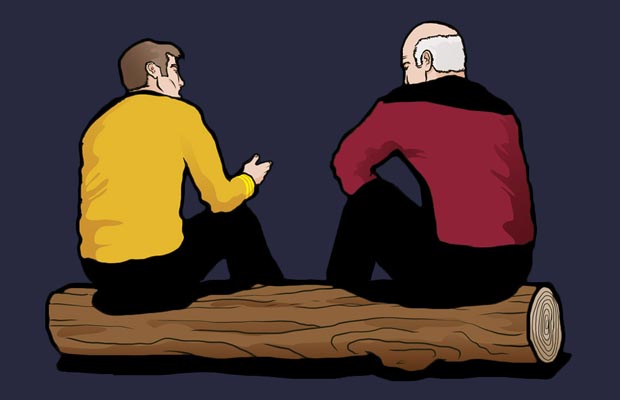 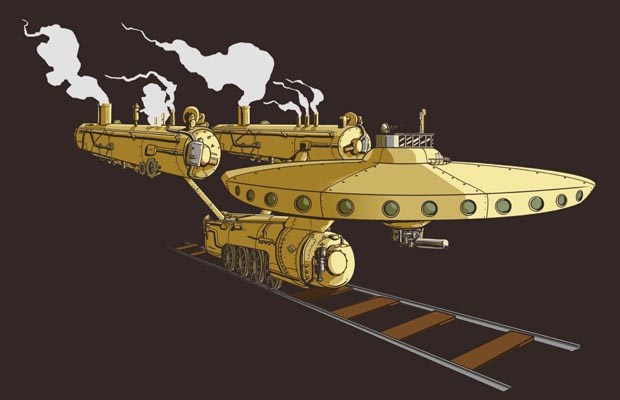 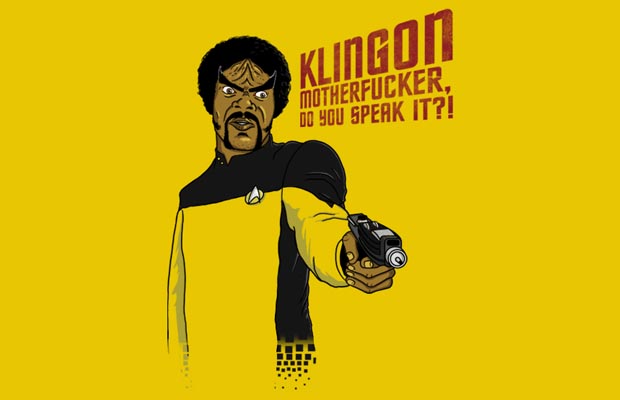 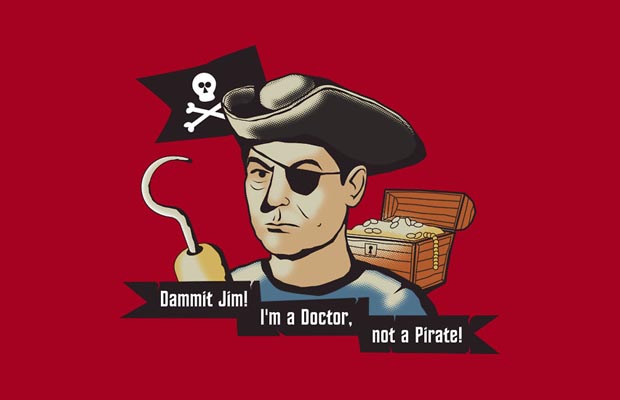 About Star Trek
The original Star Trek series was conceived by Gene Roddenberry in the 1960s at a time when popular interest in space travel was very high. Roddenberry tapped into that cultural enthusiasm and presented an optimistic vision for the future in which people of diverse backgrounds and talents could live and work together in peace.

The crew of the Enterprise encountered many new life forms on their perpetual quest to understand the universe better. New alien races such as the hostile Klingons and Romulans were invented; over the course of several series, representatives of these races gradually helped redeem them and bring about peace with the united Federation, made up of beings from many different planets. As Kirk and the crew explored space, Roddenberry used the show to explore contemporary topics like racism and tyrannical governments.

After the series ended, it returned in animated form for two seasons in the 1970s, with many of the same actors and writers. Then, in 1979, the first Star Trek motion picture hit theaters. Films featuring the further adventures of the original crew would continue into the mid-1990s until the seventh film transitioned into the Next Generation cast, which would participate in the next three films. In 2009, the movie Star Trek rebooted the film series, bringing in new actors to portray the original crew. And this year, 2013, see the release of the next film in the reboot series, Star Trek: Into Darkness, directed by J.J. Abrams.

Despite the iconic nature of the original crew, the Next Generation is generally considered to be the most successful and sophisticated Star Trek television series. Running for seven seasons, it is set about a hundred years after the time of Kirk and features Patrick Stewart as the dignified captain Jean-Luc Picard, Jonathan Frakes as earthy first officer William Riker, Brent Spiner as Data, the android who longs to be human, Marina Sirtis as empathic ship counselor Deanna Troi, Levar Burton as visually impaired engineer Geordi LaForge and Michael Dorn as Klingon officer Worf. The stories in this series are more complex and nuanced, and the special effects are far more advanced.

Shortly before Next Generation ended, Deep Space Nine, set in a Starfleet space station, began. It, too, ran for seven seasons, as did Voyager, which featured a female captain helming a ship faced with the possibility that they may never make it back to Earth. Finally, Enterprise, the last Star Trek series but the earliest in chronology, brought the Star Trek phenomenon full circle… but who knows what the future may hold for Star Trek on television?