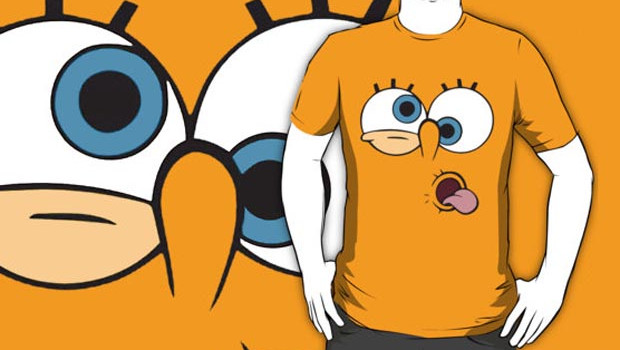 It may seem like one of the least likely ideas to eventuate into a smash hit – a sponge, a starfish, a chipmunk in a space suit, a crab, a squid, and the arch nemesis; plankton! But SpongeBob SquarePants has transcended demographics, kids and adults alike love the sponge, the television show is one of the most popular an enduring, and there is no sign of it slowing down. So it’s no surprise that there are a bunch of awesome SpongeBob t-shirts, here’s our roundup of the best of them!

Are you ready kids? 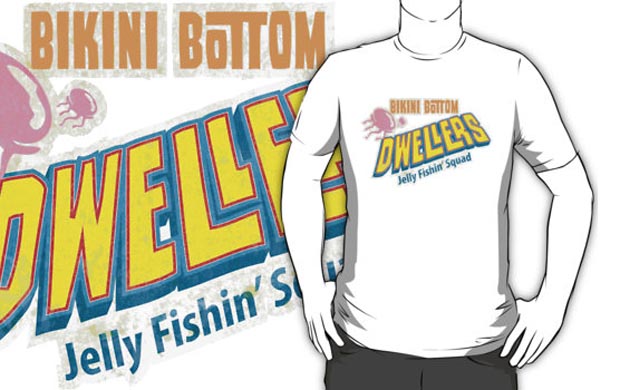 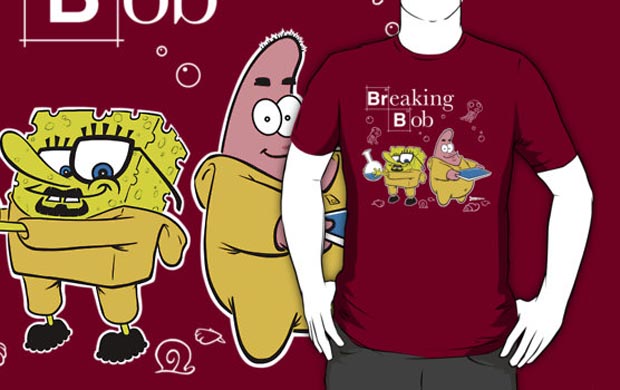 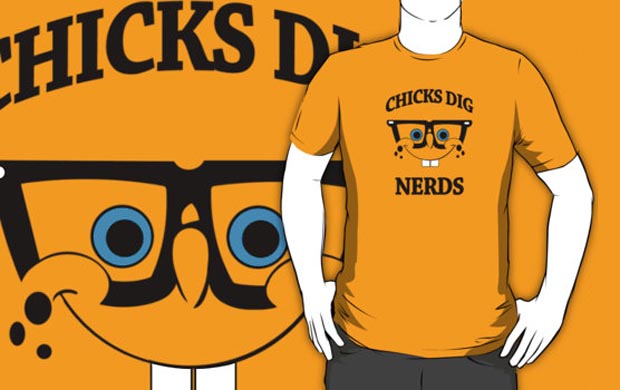 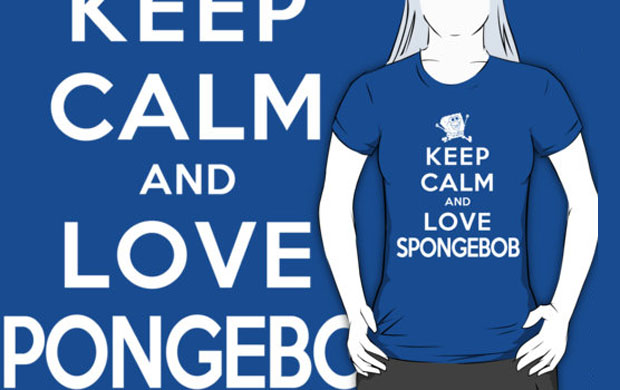 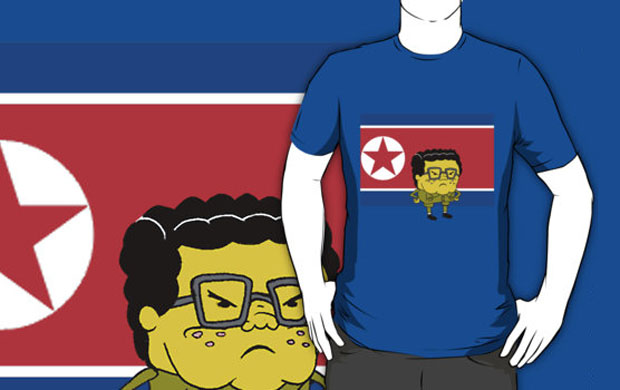 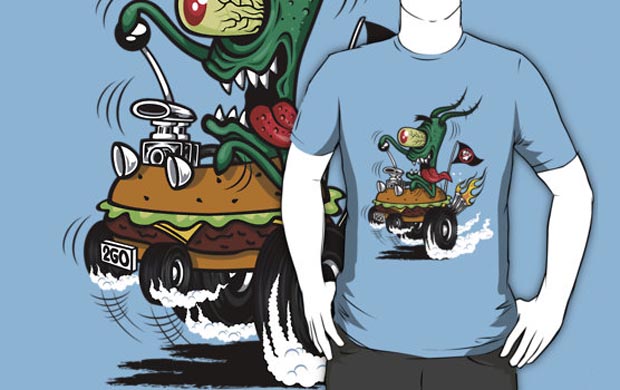 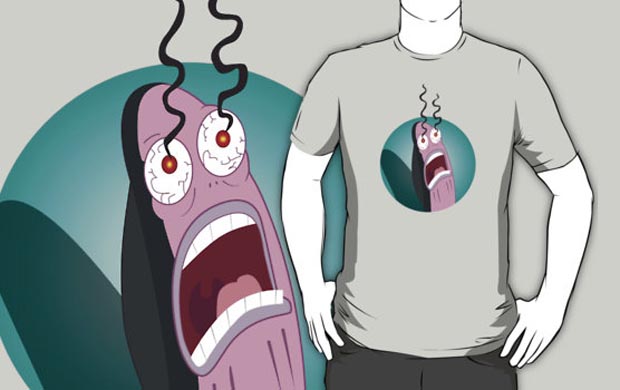 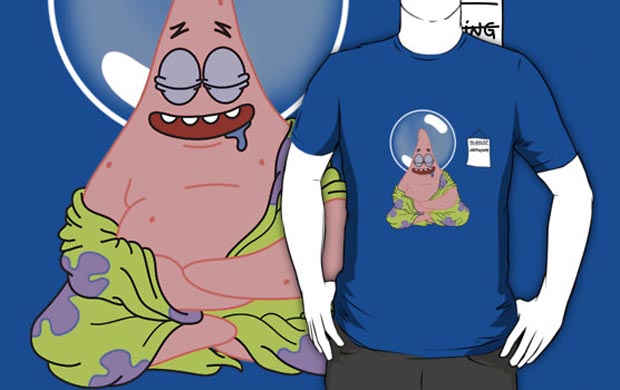 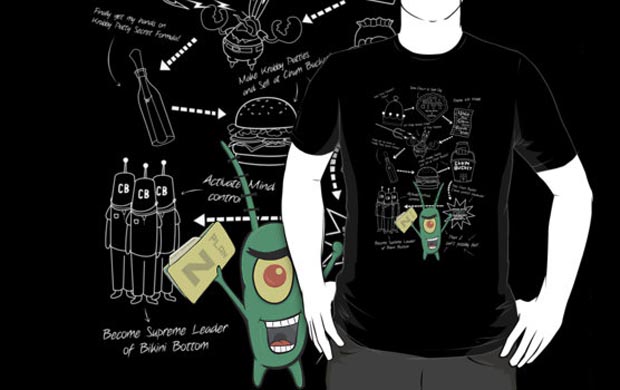 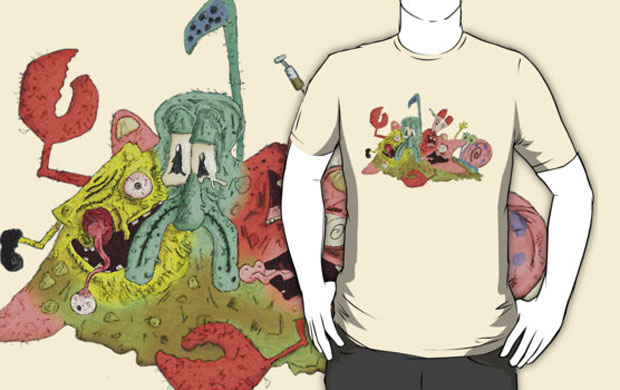 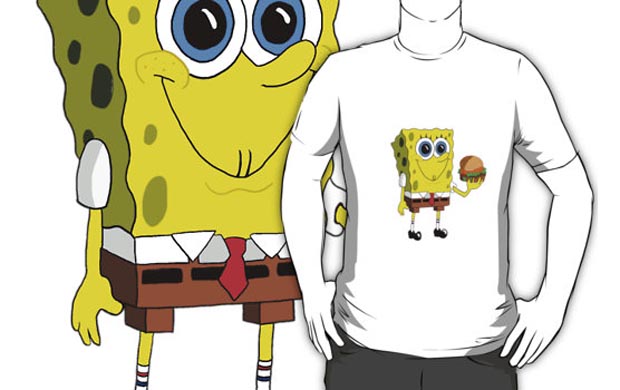 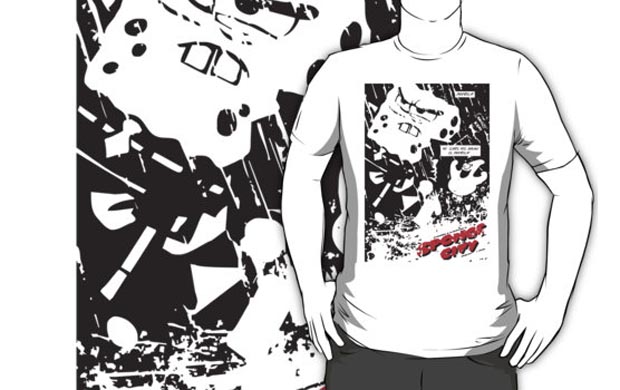 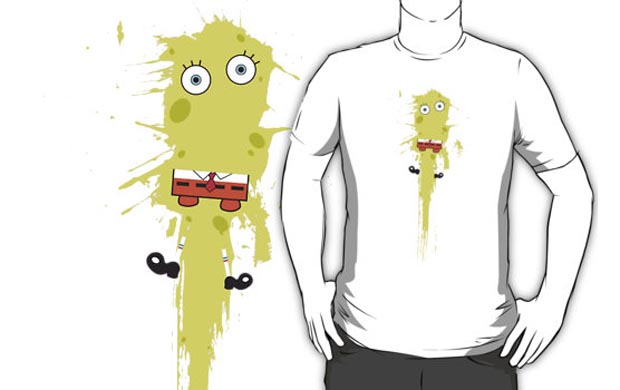 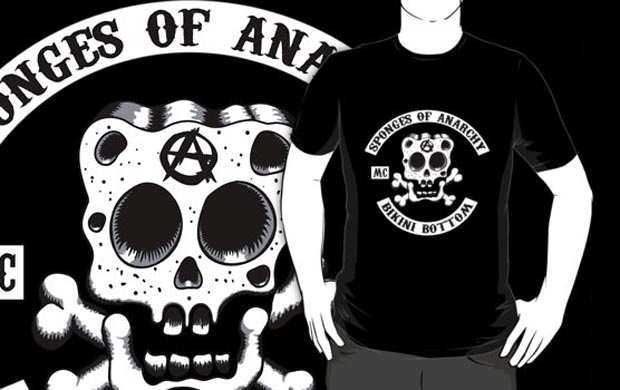 Who Lives in a Pineapple T-Shirt 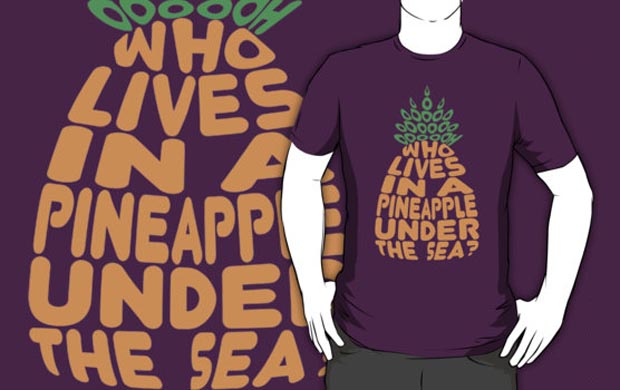 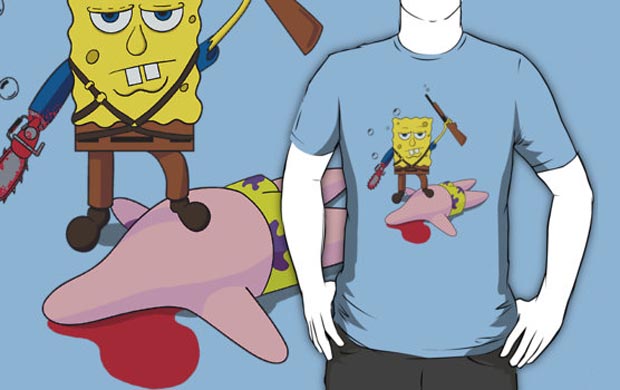 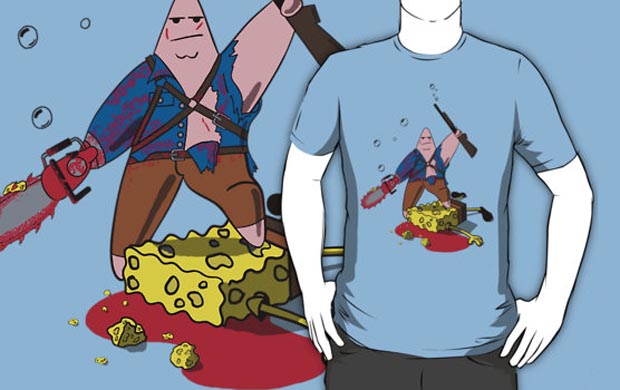 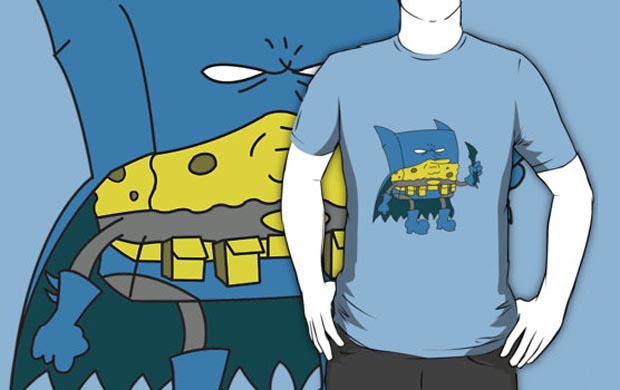 About SpongeBob SquarePants
SpongeBob SquarePants is Nickelodeon’s most popular program of all time. It is an animated series about an anthropomorphic sea sponge, his friends and their adventures under the sea. The show premiered on July 17, 1999 and became an immediate hit. Critics loved the show as well. Though it is a cartoon, it has a large adult fan base, particularly because the two main show-runners worked on Rocko’s Modern Life, which also had massive adult appeal. A SpongeBob movie was released in 2004, and there are plans to release a second one in 2015.

Stephen Hillenberg based Spongebob on a character he created for an educational pamphlet he wrote while working at an ocean education organization. He had been thinking of returning to school, but instead he decided to pursue a career in animation. He made his first film about the theory of relativity. He met Rocko creator Joe Murray while showing the film at a festival. Murray was so impressed by the film that he offered Hillenberg a job on the spot.

Hillenberg made the deliberate decision to set his show apart from other animated programming on Nickelodeon by having a character who was obviously the standalone star. At the time, many live-action and animated shows on the network focused on “buddy” friendships or sibling relationships. Though SpongeBob has a best friend and several other close friends, the show does not explore the nature of these friendships or test them for the sake of plot. SpongeBob never fights with his friends, and they are always willing to follow him on his adventures. Hillenberg also consciously set out to make SpongeBob as strange as possible. This is why he settled upon the sea sponge as his protagonist and also why SpongeBob’s personality is so off-kilter.

As Hillenberg was starting to craft SpongeBob, he used Charlie Chaplin and Pee-Wee Herman as influences. He altered the design to more closely resemble a kitchen sponge, since SpongeBob’s personality was turning out to be fairly childlike and uptight, or “square” as Hillenberg put it. SpongeBob eventually evolved into a modern version of vintage comedians like Laurel and Hardy, who were stuck in limbo between childhood and adulthood.

The SpongeBob character was so well-formed and unique that Hillenberg got an immediate green light from Nickelodeon executives, who unanimously loved the pitch. They asked to watch the presentation a second time because they liked it so much. Hillenberg uses storyboards in his writing rather than starting with written scripts. This process allows him and his co-writers to find as much room as possible for sight gags and physical humor, both of which are trademarks of the show. He does not want the writers to be so focused on driving a plot forward that they leave no room for silliness. The writers are encouraged to base the stories on their real-life experiences. Much of the show’s signature surrealism is a result of depicting Spongebob as he goes through quintessential childhood milestones as an adult. His laugh was specifically invented to be obnoxious. Many of the other characters are occasionally annoyed by SpongeBob, but he remains oblivious to this fact. He is an eternal optimist.

The voice actors are also given a great deal of freedom. Many of them bring their own personalities into their performances. Bob Fagerbakke says that he relates a lot to his character Patrick, who is SpongeBob’s best friend. Patrick is a dim-witted starfish, but SpongeBob does not seem to notice that Patrick is not very bright. He appreciates Patrick for his kindness and loyalty, even while others insult Patrick. This further illustrates SpongeBob’s simple view of the world.

Squidward Tentacles is SpongeBob’s curmudgeonly neighbor. Again, SpongeBob does not notice how pessimistic Squidward is. SpongeBob just wants to be friends with everyone. Mr. Krabs is SpongeBob’s boss at the Krusty Krab. SpongeBob works as a fry cook, a job he genuinely enjoys. Sandy Cheeks is a squirrel who lives under a waterproof dome and wears a space suit when she ventures outside of it.

The show has a recurring villain named Plankton, whose goal is to steal the recipe for the Krusty Krab’s Krabby Patties. He speaks in the deep, booming voice of a classic villain but is so tiny that he fails to be a physical threat.

SpongeBob’s adult appeal has made it susceptible to types of critique that are rare for animated series on children’s networks. There has been some controversy over SpongeBob’s supposed sexuality, though his sexuality is never discussed on the show at all. Much of the show’s popularity among adults is due to SpongeBob’s man-child persona. He performs the daily drudgery of adult life, such as going to work every day, but he loves it. SpongeBob SquarePants is a child’s view of adult life that both children and adults enjoy in equal measure.