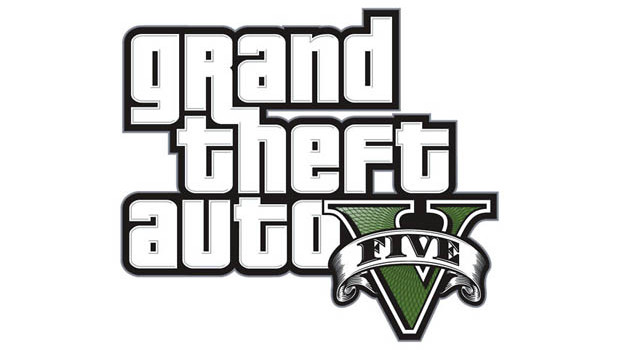 Grand Theft Auto 5 is here, baby! I’m personally having a lot of fun tearing up Los Santos with Michael, Franklin and Trevor. Whether it be playing the actual main story line, side missions, or just causing as much chaos as possible before being wasted! In honor of this awesome game, we present 20 GTA inspired t-shirts – each is 5-star level wanted! Let us know your fave GTA tees in the comments, and I’ll see you in Grand Theft Auto online! 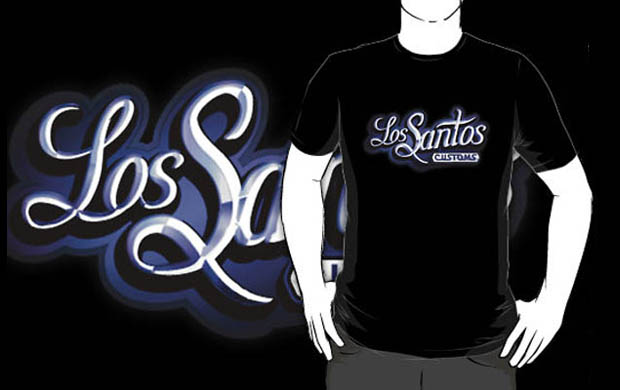 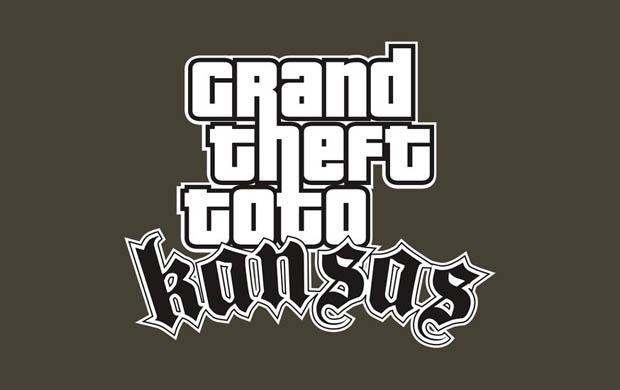 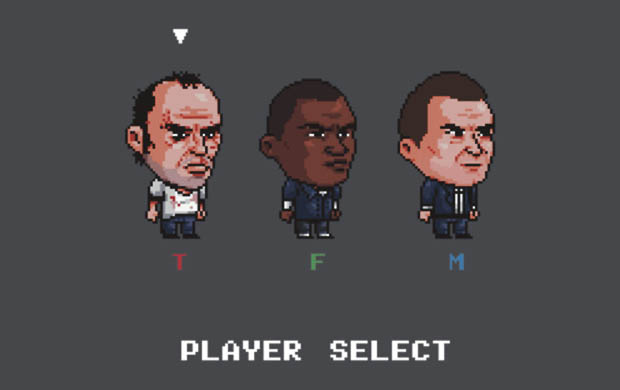 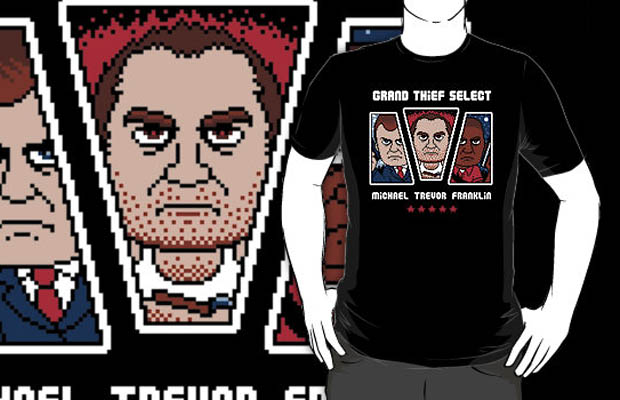 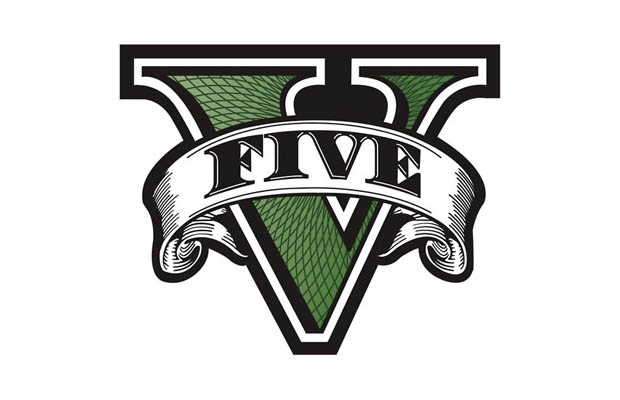 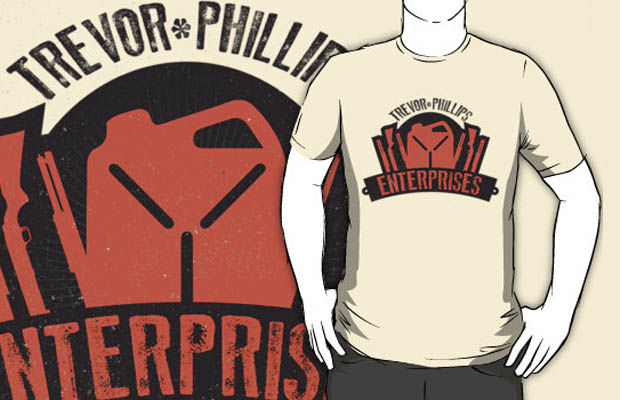 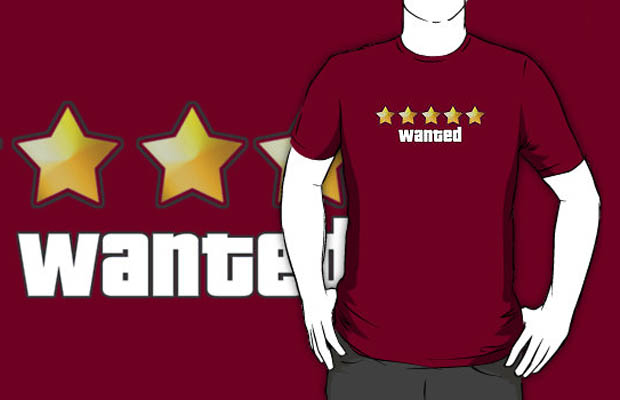 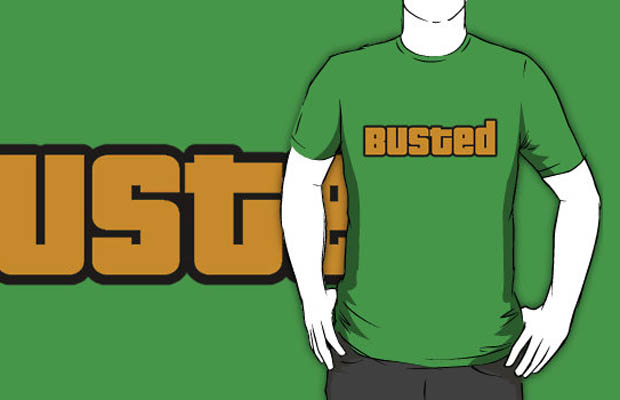 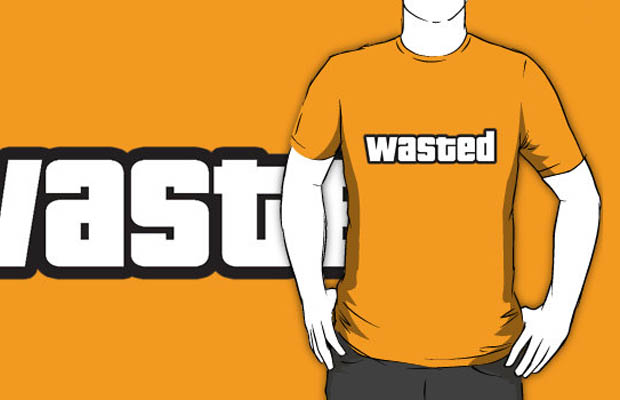 The Hood, The Dad & The Angry T-Shirt 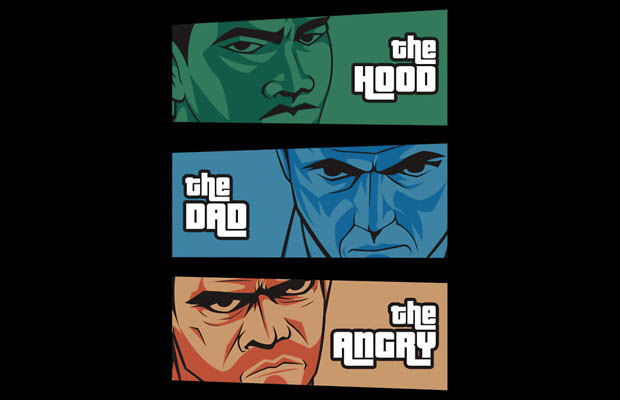 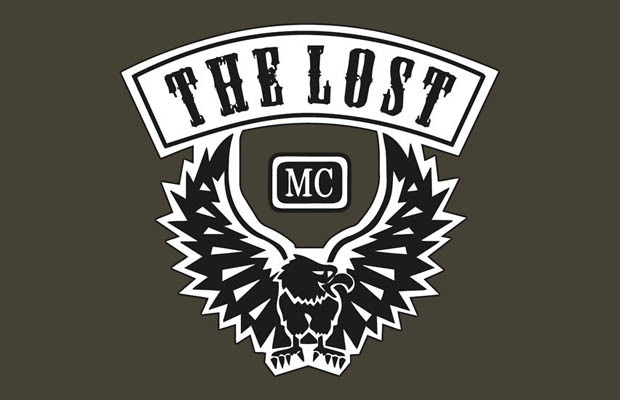 About Grand Theft Auto
The original Grand Theft Auto didn’t set the sales charts on fire the way Grand Theft Auto V has. Released in 1998, it was an experience unlike anything that came before it and defined what we now think of as the “sandbox” style of gameplay. It established the fundaments that the series would continually return to – a violent parallel version of America featuring major cities that the player can roam freely, the central gameplay mechanic of unrestrained vehicle theft, and the Wanted levels and escalating police chases. But it was also released for PC, which as a gaming platform has traditionally lagged behind consoles and handhelds significantly in terms of size of user base. The one area where the original Grand Theft Auto rivaled (and maybe even exceeded) those released today was in controversy. It was banned outright in the UAE and Brazil and condemned by the political establishment of nearly every other developed country.

Despite the controversy – or perhaps because of it – the game was still successful enough to generate two sequels utilizing the same two-dimensional gameplay engine with a top-down view. Grand Theft Auto 2 was the only entry in the series to take place in the near future, and Grand Theft Auto: London was the only entry to take place in a different country. Despite the change in setting both games still played almost identically to the original, with only very minor gameplay changes. The games would eventually be ported to various consoles and handheld systems, albeit as something of an afterthought several years after their original release.

Grand Theft Auto’s meteoric rise to the top of the gaming world wouldn’t really begin until it made two major jumps – to three-dimensional graphics, and to consoles as its primary distribution base. 2001’s Grand Theft Auto 3 was released for the Playstation 2 and began what Rockstar would later classify as the “3D universe,” representing a complete break from the past. Mute protagonist Claude Speed returned from Grand Theft Auto 2, but the story and setting were completely different now. Gamers explored a contemporary version of Liberty City that was just as free as the previous games, but significantly more technologically complex.

Grand Theft Auto 3 did extremely well, but the “3D universe” would see two more major entries that became even more popular. Grand Theft Auto: Vice City would be released hot on GTA 3’s heels in 2002, and while it barely changed the fundamental gameplay style, it was memorable for its lovingly nostalgic representation (and satire) of 1980s pop culture. Publisher Rockstar Games also for the first time had the financial clout to license an entire soundtrack of period-specific music by major artists. This trend continued with 2004’s Grand Theft Auto: San Andreas, which did for the early 90s Los Angeles inner city and nascent rap culture what Vice City had done for 80s pop.

The series transitioned to the “HD universe” with 2008’s Grand Theft Auto IV. It harnessed the power of Sony’s Playstation 3 and Microsoft’s Xbox 360 to deliver an even more realistic and detailed representation of Liberty City. The recently released Grand Theft Auto V has followed with a reinterpretation of Los Santos, the stand-in for Los Angeles that was the central hub of Grand Theft Auto: San Andreas.

15 years later, Grand Theft Auto is still stirring the social pot with controversial depictions of violence, sex and antisocial amorality. It also seems to be growing exponentially with every new release; Grand Theft Auto V took only three days to reach $1 billion in global sales (a new record.) With numbers like that, it doesn’t look like any amount of controversy will ever derail the series.